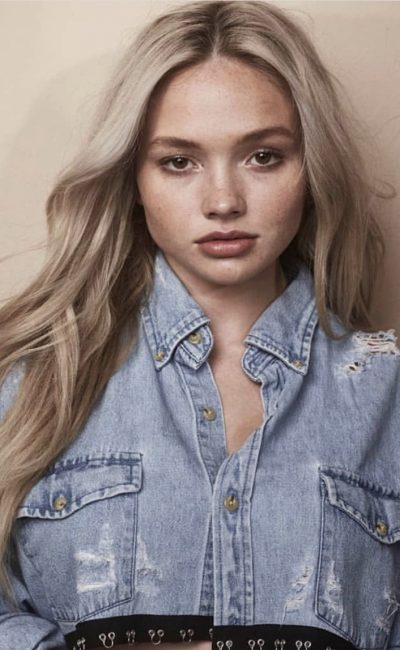 Natalie Alyn Lind, the oldest of the three Lind sisters, all working actresses, grew up surrounded by the entertainment industry. Her mother is also an actress who starred in feature films and on several TV series including the hit drama “One Tree Hill”. Natalie booked her first guest role at 4 years old on the same drama alongside her mom. As a young girl, she spent her time traveling back and forth between the series location in North Carolina and her home in California. Her father is an LA based producer. Upon her family’s permanent return to LA, Natalie began to book a number of guest star appearances on such series as Lifetime’s “Army Wives”, Nickelodeon’s “iCarly”, CBS’s ”Flashpoint”, Disney’s “Wizards of Waverly Place”, CBS’s “Criminal Minds”, as well as a lead role in Lifetime’s “Playdate”. Natalie has matured into a fine actress whose credits include TNT’s “Murder In The First”, ABC’s “The Goldbergs”, and Fox’s “Gotham”. Natalie recurs on the hit ABC comedy “The Goldbergs” as ‘Dana Caldwell’, currently in its third season. She also recurs on Fox’s gritty crime drama “Gotham” playing one of her favorite villains Silver St. Cloud, a dream role for a diehard Batman fan. An added plus of working on Gotham is being able to explore the iconic sets and locations only a city like New York can provide. Natalie also has many upcoming projects in the works, including the Universal horror film, “Mockingbird”. Although Natalie is a very busy actress, especially living a bi-coastal lifestyle, she finds time to hike with her dog Georgie, and write scripts. One charity Natalie and her family hold dear to their hearts is the Make-A-Wish Foundation, a charity that grants wishes to children diagnosed with life-threatening medical conditions. Being a surfer, Natalie is also active with the Save the Bay Foundation and the Mermaid project to save our beaches.