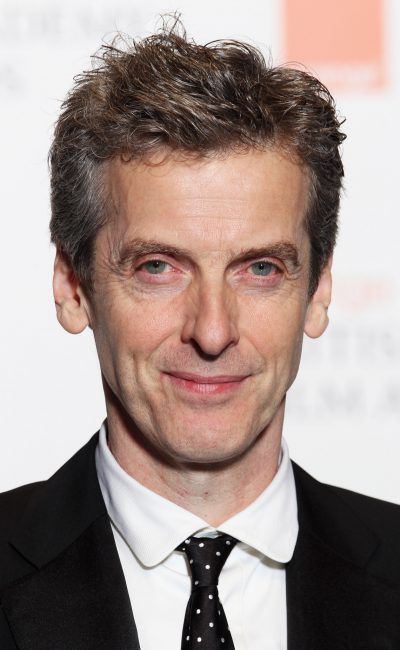 Peter Capaldi was born in Glasgow, Scotland, to Nancy (Soutar) and Gerald John Capaldi. His parents owned an ice cream business. He is of Italian (from his paternal grandfather), Scottish, and Irish descent. Capaldi attended drama classes and was accepted into the Glasgow School of Art. After graduating he secured his breakthrough role in Local Hero (1983). Prior to becoming an actor he also worked as a graphic designer for BBC Scotland TV. Peter was announced as the Twelfth Doctor in Doctor Who (2005) on 4th August 2013 on a BBC special programme. He had to hide it from his daughter who remarked to him why it is his name never came up during the buzz. It was a huge relief not to have to keep the secret anymore. His agent called and said “Hello Doctor” when informing him he had gotten the part.