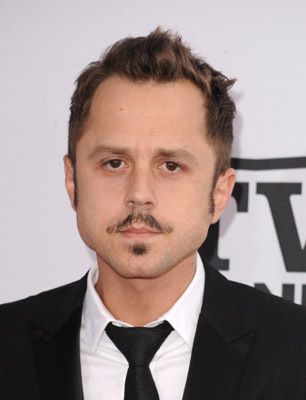 Antonino Giovanni Ribisi is an American actor who was born in Los Angeles, California. His parents both have careers in the entertainment industry. His mother, Gay Ribisi (née Landrum), is a talent manager for actors and writers, and his father, Albert Anthony Ribisi, is a musician. He has a twin sister, actress Marissa Ribisi, and another sister, Gina. Giovanni is of Italian (from his paternal grandfather), English and German ancestry. His mother helped to launch his acting career, which began with an appearance on two episodes of the television series Highway to Heaven (1984). This followed with numerous roles on television. In 1996, he gained the role of Phoebe Buffay’s half-brother on the high profile Friends (1994), which boosted his career. He became involved in films, which included roles in Tom Hanks’ That Thing You Do! (1996) and Steven Spielberg’s Saving Private Ryan (1998). He appeared in James Cameron’s Avatar (2009), Contraband (2012), Gangster Squad (2013), Ted (2012) and Ted 2 (2015).