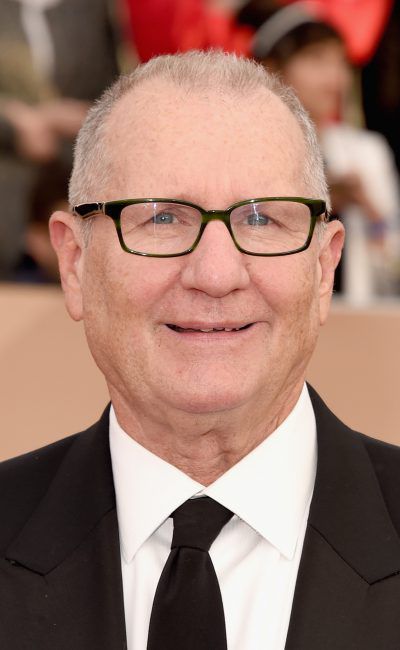 Ed O’Neill is an American actor best known for playing Al Bundy on Married with Children (1987), the most iconic working class character on television since Archie Bunker. Upon his debut on the world stage in Youngstown, Ohio on April 12, 1946, he was christened Edward Philip O’Neill, Jr. Both his father, Ed, Sr., a steelworker and truck driver, and his social worker mother, the former Ruth Ann Quinlan, were Irish-Americans. A gifted athlete, the 6’1″ O’Neil attended Ohio University on a football scholarship, but transferred after his sophomore year to Youngstown State University, where he played as a defensive lineman. In 1969, he was drafted by the Pittsburgh Steelers, but was cut in training camp. (Al Bundy was a former high-school football star constantly reminiscing about his glory days on the high school gridiron. Terry Bradshaw, the Hall of Fame Pittsburgh Steelers quarterback, twice appeared on “Married with Children”.) After being cut by the Steelers, O’Neill went back to YSU to join the new theater department. After graduating, he became a social studies teacher at his alma mater, Ursuline High School, before fully committing to acting. He was a member of the company at the American Repertory Theater in Cambridge, Massachusetts, one of the top regional theaters in America. After numerous supporting parts in movies and television, he was cast as the New York City detective Popeye Doyle in the 1986 television movie that was a pilot for a proposed television series. “Popeye Doyle” was based on the classic police drama The French Connection (1971), with O’Neil playing the role originated by Gene Hackman). The television movie and O’Neil’s performance got good reviews, but it was not picked up as a series. A year later, O’Neill was cast as Al Bundy in the sitcom “Married with Children”, which debuted on the then-new Fox Network in April 1987. It ran 10 years, until June 1997, and made O’Neil a star. During the production of “Married with Children” and after its cancellation, O’Neill appeared in movies, guested on television shows, and made television commercials. The second iconic fictional policeman role that O’Neill took over was Sgt. Joe Friday in his 2003 remake of Jack Webb’s classic crime series Dragnet (2003), which appeared on ABC. The network canceled the show during its second season. Since 2009, O’Neill has played Jay Pritchett on the ABC’s sitcom Modern Family (2009), for which he was nominated for an Emmy Award in 2011. Since 1986, O’Neil has been married to actress Catherine Rusoff. They have two daughters, Claire and Sophia.