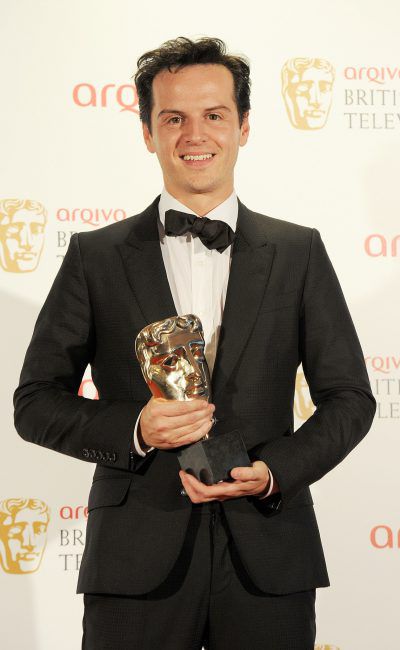 Andrew Scott was born in Dublin, Ireland, the middle child with two sisters, in a financially comfortable home which allowed his parents, Jim and Nora, to send him to a private Catholic school for boys. He started acting as a child when he was in commercials on Irish TV, then was chosen from his acting school at 17 to star in his first professional role in the 1994 Irish film, Korea. Still in his teens he went on to perform at the Abbey Theatre, the national theater of Ireland in several productions. Later, Scott moved to London for a supporting role in Longitude, a television movie starring Michael Gambon. Occasional film and television work in Britain, Ireland and America interspersed his stage career. Most notable of these was Band of Brothers, John Adams, and the television comedy series, My Life in Film. He has won many awards for his work in theater in Ireland and England, and received a nomination for The Vertical Hour on Broadway. When Scott gained international notice as Moriarty, detective Sherlock Holmes’ nemesis in Sherlock on BBC TV, his film and television career stepped up considerably with roles in several movies including Victor Frankenstein with James McAvoy and Daniel Radcliffe and Spectre, a James Bond entry. In 2017 Scott starred as Hamlet in a widely acclaimed performance on the stage in London.