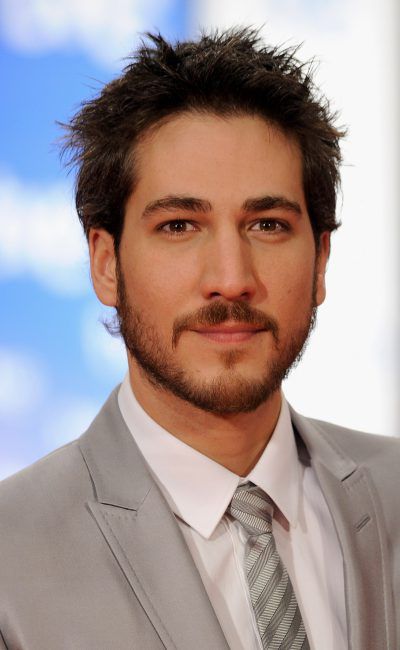 In 2009, Alberto Ammann went from being an unknown drama student to becoming one of Spain’s best known actors with just one movie. The previous year, Ammann joined the ranks of Penelope Cruz, Jordi Molla and Elena Anaya when he won a coveted spot on the list of Caras Nuevas, a discovery initiative of Spanish talent agency, Kuranda. On the jury that year were the casting directors of Cell 211. Despite their search for a name actor to star in the film, they could find no one to compete with the completely unknown Ammann who went on to win a Goya (Spanish Academy Award) and a Spanish SAG Award for his riveting performance in Cell 211, which became the year’s most successful film. Alberto Ammann was born in Córdoba (Argentina) the son of the journalist, politician and writer Luis Alberto Ammann and Nelida Rey. Between 1978-1982 his parents moved to Spain to escape Argentina’s military dictatorship. Years later Ammann returned to Spain to continue the acting studies he had initiated in Argentina with Guillermo Iani and Jolie Lobois at the prestigious Juan Carlos Corazza Acting Studio. After Ammann’s breakthrough performance in “Cell 211”, he went on to star in “Lope” (2010), a film in which embodied the XVI century playwright Lope de Vega. In 2011, he costarred with Daniel Bruhl in “Eva” an intriguing science fiction film directed by Kike Maillo, “Eva”. This was followed by Daniel Calpasoro’s thriller “Invader” in which Alberto starred as a Spanish military doctor stationed in Iraq as a peacemaker during the war. Then Calpasoro called on Ammann again for his next film, “Combustion”. In 2012, Alberto returned to his native Argentina to costar with Ricardo Darin in Hernán A. Godfrid’s thriller “Tesis Sobre Un Homicidio”. Alberto’s next project was to guest star in his first English speaking role in the sci-fi thriller “Mindscape” directed by Jorge Dorado. Again returning to Argentina in 2013, Alberto also starred in Miguel Cohan’s “Betibú”. In 2014 Ammann traveled to Peru to costar with Stephen Dorff in Barney Elliott’s “Oliver’s Deal”. In “Narcos”, a series for Netflix, Ammann plays Pacho Herrera, leader of the Cali cartel. Next Alberto will head up the cast of Antena 3’s new mini-series based on the Miguel Sáez Carral’s best selling novel, “Apaches”.